Photo: Fabrice Coffrini/AFP
AFP
news@thelocal.ch
@thelocalswitzer
22:11 CET+01:00
Fragrance alone may not sell cars, but automakers are turning on their olfactory charm to try to sweeten the appeal and distinction of their vehicles.

The elegant curve of a fender, the soft leather covering a steering wheel and the soft thud of a closing door: there is plenty to tempt the senses at this year’s Geneva Motor Show.

And now carmakers are eager to please the noses of buyers as well, throwing a range of scents, including refined and distinctive « new car smells » into the mix.

« When you walk to a car the design is very important, but if you enter the car, one of the first things you can recognise is the smell or the odour inside the car, » Hartmut Kovacs, head of interior emissions at Mercedes-Benz, told AFP.

The sense of smell is a particularly powerful one, explained Annick Le Guerer, an anthropologist and philosopher who has written a book on the subject.

« The sense of smell is linked to the parts of the brain that are used for memory, affectivity, emotions, » she told AFP.

« If you put fragrances in your car that remind you of happy times in your life, there is an unconscious impact on your desire to stay in your car
longer, » she said.

But Emmanuel Boudard, head of interior air quality innovation at PSA Peugeot Citroen, acknowledged « we have not yet identified a fragrance that makes people buy cars. »

The opposite is true though.

Studies have shown that « when the odour is too strong, comfort levels drop, » Juliette Quatararo, in charge of odour issues at PSA, pointed out.

In fact, a lot of the work around fragrance is to ensure scents are not overpowering and that only the good ones are allowed inside.

« The nature » of the smell is vital, Quarataro said, adding that PSA attempts to ensure its cars do not smell too strongly of plastic or imitation leather.

« There are substances that smell bad that are banned, » she said. Renault meanwhile takes a hard line when it comes to odours. « Our odour policy is to have as little as possible in the car, » the French carmaker said.

Other carmakers too are wary of strong smells.

Kovacs said Mercedes-Benz refuses to use any components that do not meet its odour neutrality standards.

But once manufacturers ensure that the smell of their cars won’t drive customers away, some throw in a dash of perfume to entice them to stay.

« The olfactory aspect is as important if not more important than the visual aspect, » said Cyrille Gerhardt, who runs « Smell Marketing, » a company that specializes in the technique already widely used in hotels and luxury stores and that is catching on among some carmakers.

« Smell that brings back good memories will motivate people to come back, » he said.

But be warned: « You can have the best smell in the world, but if the visual aspects don’t work, . . . if the sound aspects don’t work, it will not provide an acceptable level of comfort to the client, » Gerhardt said. It is the subtilty of the combination that is important, he said.

In its bid to pamper customers’ noses, Mercedes offers a perfume dispenser option with new cars that not only can refresh the lush smell of leather expected in high-end vehicles but even allow Classe S limousine riders to add a dash of Chanel number 5.

PSA, which pioneered scent personalisation in France a decade ago with its Citroen C4, plans to unveil a new perfume dispenser next year.

In a bid to strengthen its standing in the high-end segment, the company is working with the « noses » in the perfume Mecca of Grasse in southern France to develop a range of « woody » smells, Boudard said.

But tickling noses is a tricky task, since the appeal of fragrances can be highly subjective.

« There is no absolute consensus on what constitutes good or bad smells, » Le Guerer pointed out. 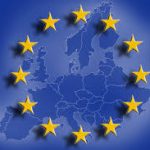 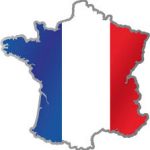